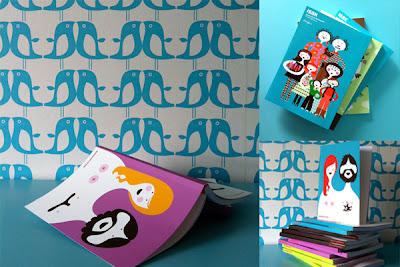 After summer we're full of stories. In case you haven't read the last one we wrote here it is in it's unedited version.

My Grandad is a fisherman!


My grandad smokes a pipe he has carved out of driftwood. It’s old and nobbly like tree roots or a troll’s knees. My grandad has a fishing net that he made out of thousands of spiders' webs. He puts it in his boat and he rows and he rows his fishing boat. All sorts of things get stuck in his net. Once he caught a mermaid. She was old and sad but he brought her to his cabin and stroked her fin and told her stories of the sea all night long until she smiled again. Then she winked, splashed her tail and - woosh - she was gone.
My grandad is a fisherman. The very best kind of fisherman. He grows tiny crayfish in his beard. He talks to trolls and has a little shark living in his belly. With his bear tooth he calls the wind, stops the rain and tickles the sun out. My grandad has sailed the seven seas. He’s old now but he’s still got a girlfriend in every harbour.
If you sit quietly and very still like my grandad, you can see the troll children come out to play at dusk. They mumble and grumble and are quite difficult to understand, but if you, like my grandad, spend most of your time in the  silence of the forest you would soon learn their ways.
In the shadow of sunset when the mushrooms and toadstools start singing, the troll children will sit down to their tea. They eat steamed sea snake and grilled boatmen with blueberries on top and they wash it all down with sunkissed raindrops. The  toadstools will keep singing and singing, until singing grows quieter and quieter, and they have sung all the troll children and each other to sleep.
When the children are sleeping the pappa troll invites the mamma troll up to dance. He lights a fire next to the lake and in complete silence with just the crackling of flames, they dance around with content smiles on their faces. Then, when the dancing ends, they tie all the troll children's tails together, all six of them. (They have a tendency to sleepwalk. ) They all curl up and with them the whole forest goes to sleep.
Only then does my grandad get up from his moss clad rock, his pipe in his pocket, his back bent. For he has watched over the life of the lake and his forest, and it is time for him too to have a rest and dream up tales for another day.